The Leningrad Zoo in St. Petersburg is situated not far from the Peter and Paul Fortress between subway stations Gorkovskaya and Sportivnaya. We went there by aqua bus (public transport).

The zoological park of St Petersburg (1865) still uses the same grid that was originally laid out in 1865, a circular ungulate enclosure divided into wedges like cut cake pieces almost in the middle. Structures built before the Russian Revolution have not survived to the present. You do come across 19th-century enclosures made of timber. The bear enclosure is such a wooden enclosure, iron outdoor cages along two sides and completely surrounded by an iron fence. Nearly all the animal enclosures have half-height fences. St. Petersburg has many blacksmiths who have clearly forged the fences that ring its city parks and the Pete zoo enclosures.

In 1967, a major renovation of the zoo starts after its centennial (1965). The outdoor cages for elephants and hippopotamuses are demolished and the inmates move to other zoos. In 1988, only eight enclosures appear to have been constructed. The entrance building houses an exotarium. Its construction has lasted from 1996 until 2007.

In 2011, it is reported that St. Petersburg wants to trade the historic zoo for something larger, something much more modern, featuring contemporary landscape design.

"Paris landscape designers TN Plus and architects Beckmann N’Thépe have won a competition to design a zoological park on a series of artificial islands for the outskirts of St Petersburg. Spread across 300 hectares, the park will replace the historic but cramped city-centre zoo."

It is not entirely clear whether the idea to develop a new zoo has received any follow-up.

1865 Establishment by two animal nerds
The zoo is founded as St Petersburg Zoo, by animal lovers Sofia and Julius Gerhardt, in 1865. Today it is the second largest zoo in Russia. Moscow Zoo ranks first.

1873 Ernest Rost turns it into an amusement park
In 1873, Sofia's second husband Ernest Rost takes over. With foresight, Rost extends the animal collection, carries out maintenance and boosts profitability by splitting the enterprise into a zoological part and a commercial part. The result is a large amusement park including circus acts, concerts of choirs and orchestras, also the place where you find restaurants and animals. With his extra earnings, Rost can afford to invest in more animals, better living conditions, and adequate enclosures. After Rost has left in 1897, the whole zoo collapses and closes down for visitors in 1909. In 1910, actor and impresario Novikov becomes the new owner.

1918 Zoo nationalized
The zoo remains in an extremely bad state before being nationalized in 1918. A scientific library is opened, a Circle of Young Zoologists is started and the zoo is getting involved in research expeditions to all corners of the globe.

Wars
Leningrad Zoo survives the Great Patriotic War and the Siege. Though food shortages cause serious starvation of city’s residents, the elephant in the zoo is always fed. When the elephant dies in a bombing in 1944 tout St. Petersburg is mourning.

"For the Defence of Leningrad" is written on the medal awarded to 16 zoo workers for saving the lives of students (the young zoologists) during the Great Patriotic War. The bear house has been converted into a museum providing a glimpse into how the zoo staff used to live and work during the Siege.

Visually striking ironwork in the zoo, similarly to the rest of St Petersburg. You feel better on the right side of the bars. It seems as if the waist-high giraffe fence was insufficient. The zoo has added a fence so tall you have to tilt your head to see the top. Picto's on the signposts are useful. Wolverines! A democratic looking polar bear residence, huge monochromatic walls, natural stones, open, and rectangular banners hanging high. 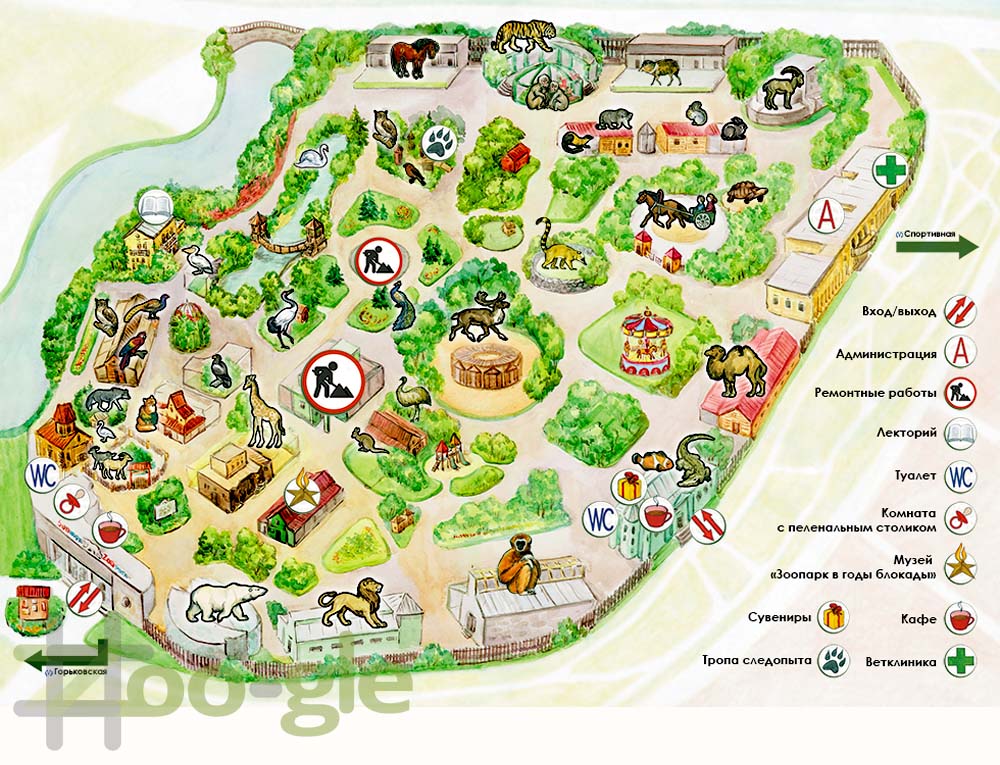 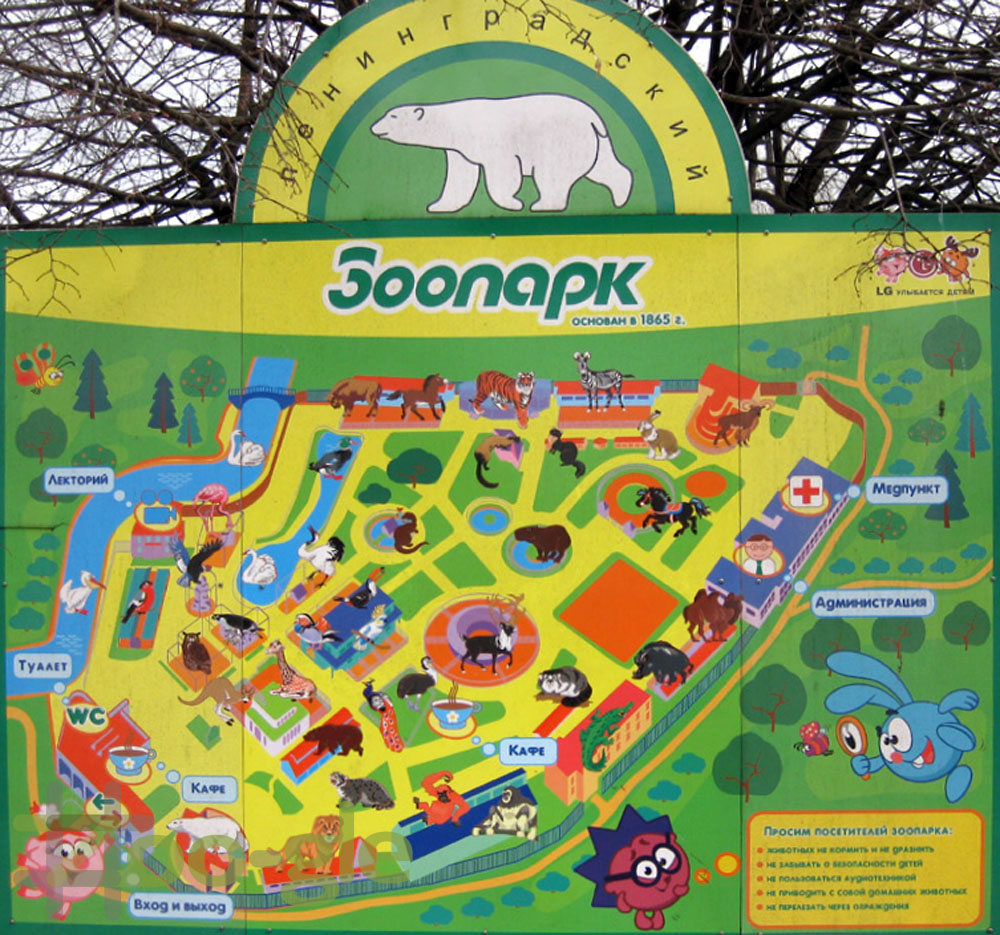