In 1892, banker Martí Codolar sells his private animal collection, built from 1865 on, to the city of Barcelona. The zoo, with veterinarian and taxidermist Francesc Darder as its first director, is founded in that year on only 2 hectares of the location of the World Fair 1888. Barcelona zoo takes over a number of the fair's buildings. In the beginning, animals, whatever their size, are kept in equally sized compartments of cages, or in barred enclosures. It is set up as scientific zoo giving wildlife conservation a high priority.

Aquarium (1964-1968)
The aquarium has been built between 1964 and 1968 consisting of a part where the public can watch dolphin training from the stands (open in the summer) and a 3-floor pavilion with a large central 2 million-litre tank.

Palmeral and aviaries
In 2009, the Palmeral bird enclosure designed by Battle & Roig Architects has been declared the World’s Best Display Building at the World Architecture Festival Awards. Thirteen macaw aviaries are distributed seemingly random in the 1500sqm palm grove garden, generating alternating perspectives. Each unit is 21.5 sqm, of which two-thirds can be seen by visitors. The main structure of each cage is made of bendable steel tubes that close on the top in the form of gathered wheat sheaves.

Terra de dragons
Terra de dragons is a replica of the Wae Wuul reserve which is devoted to protecting Komodo dragons on the island of Flores in Indonesia. The visitor experience has been carefully designed. The whole zone and the different types of habitats are delineated by vegetation. This Asia-Pacific zone houses about five animal species and is a landscape immersion exhibit that gives visitors a sense of personal involvement as if they are part of the habitat. The same fake trees, rocks, and plants used within the animal enclosures can be found in the visitor area. Terra de dragons measures 1700 square meters offering underwater and panoramic views.

Funding, expansion, and modernization
Until 1927, admission is free. During the first 20 years, the zoo holds regular auctions and sales as shown by a catalog with prices of surplus animals published in 1897. In 1899, Barcelona zoo is split into three areas: primates, water animals, and big mammals. Eggs and feathers are sold for some income. In 1929, the World Exposition is a win for the zoo. Results from this funding boost are: expansion of zoo grounds, expansion of animal collection, and enclosure revamp. In the 1950s, the zoo is given another financial boost when the Barcelona city gives approval to the Expansion and Modernisation Works of Barcelona Zoological Park. The zoo expands from 2.7 hectares (1956) to 10 hectares (1958) and to 12 hectares (1963). The Barcelona Zoo has been long managed by the municipality until its privatization, including sponsorships, in the 1980s.

Gorilla Snowflake (Floquet de Neu)
Barcelona Zoo was well known for being the home of a rare white gorilla called Snowflake, who came from the then Spanish colony Equatorial Guinea to Barcelona, in 1966. His portrait is shown on Basement Jaxx’s album cover Rooty. The gorilla dies from skin cancer, in 2003.

Elephant Gypsy Surus
In 1971, Salvador Dalí gives Barcelona zoo his elephant called Gypsy Surus, who belonged to the animal family of the painter, since 1967.

As we are in the neighborhood during a Catalonia cycling holiday we decide to go look for the albino gorilla but have been unsuccessful. In addition to the animal enclosures, the zoo has a number of dolphin and sea lion shows. Due to recent advances in legislation prohibiting the use of animals for performances as of 2018 the zoo will have to decide whether to shut down its dolphinarium. 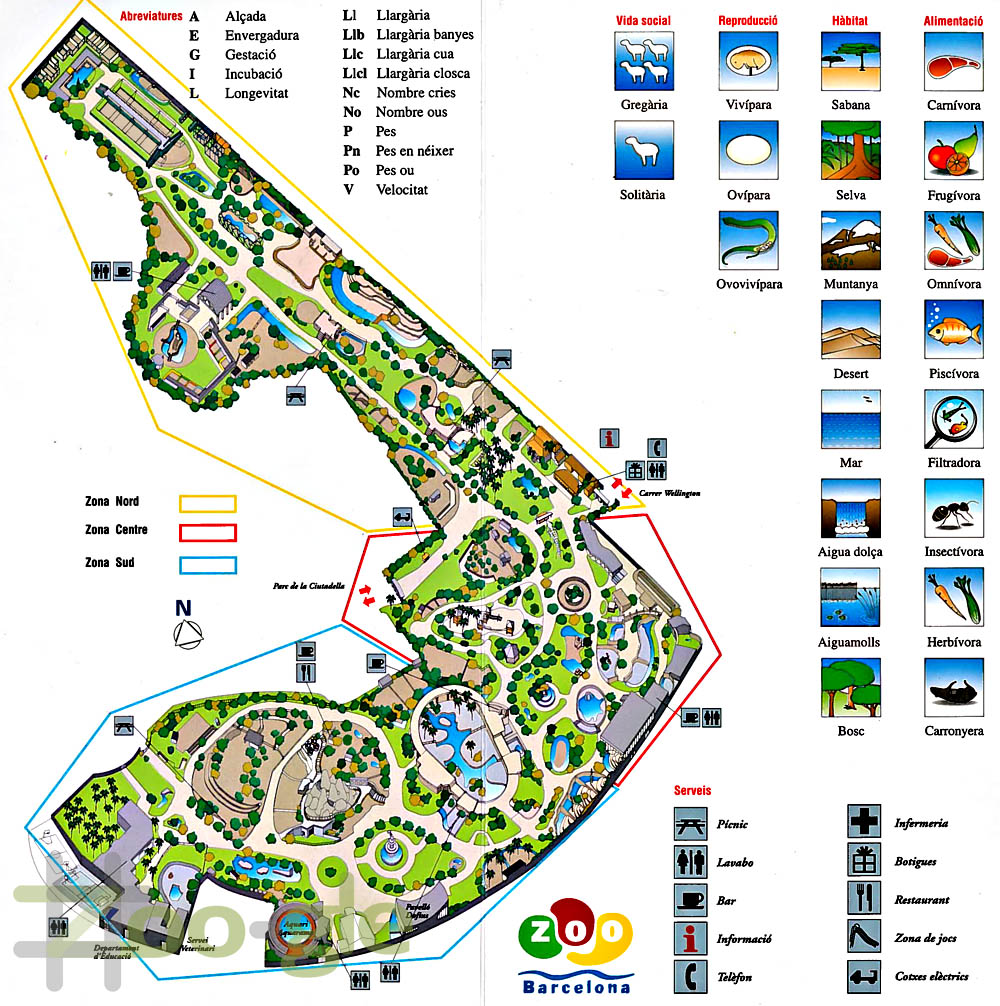 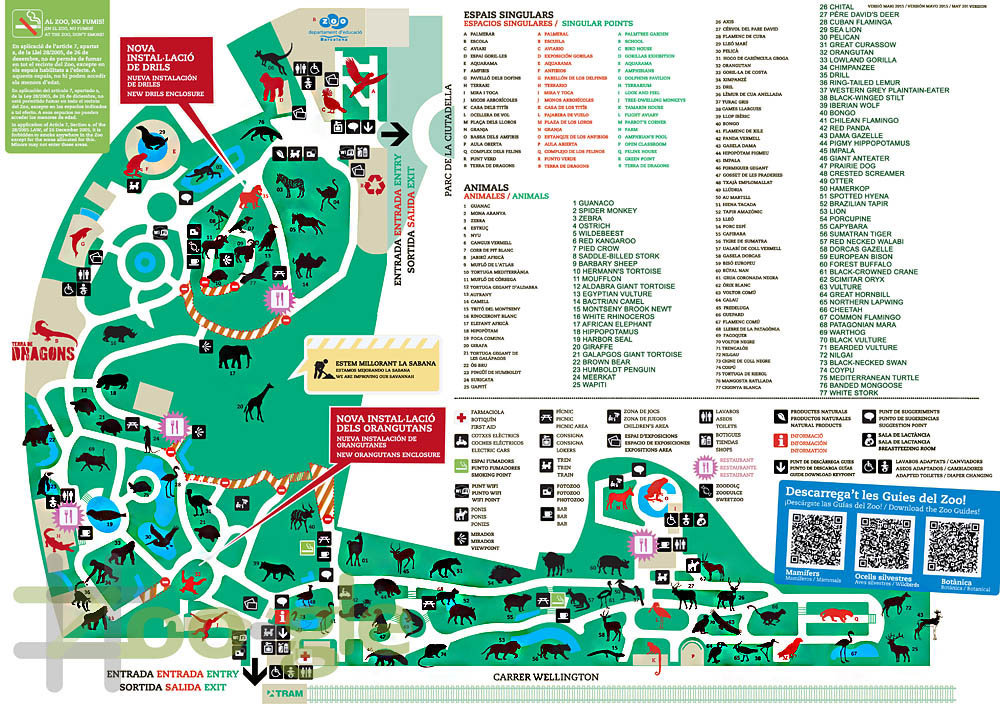