In 1921, zoologist Jiří Janda was asked to draft the first prospectus for a zoological garden in Prague. He chose an old wine mountain in Prague-Troja as the location for the zoo with views over the Vtava river. Thanks to a purchasing and building cooperative the 8-hectare zoo Prague opens on September 28, 1931, as a scientific zoo. Janda served as its first director.

Design, enclosures, and pavilions
The Hagenbeck Project Office has landscaped the site. By 1933 the feline house and the office building are completed. Under the supervision of Jiří Fuchs, a leading functionalist architect, the elegant Janda's aviary and the administration building at the main entrance are constructed in 1931. Janda's aviary collapses due to snow loads in 1969. Ten years later an industrial style aviary is constructed from beam spans made for railway bridges in place of Janda's aviary. The predator enclosure in the lower zoo is built under a rock.

Indonesische jungle 2004
In 2004, the Indonesian pavilion opens in the upper part with the focus on replicating the animals' natural habitat. Under a steel-supported glazed roof, a feeling of being in the jungle is created: tropical heat, tropical humidity and tropical sounds, a dark cave, free-flying bats and other matching animals.

2011 The Gocár’s Houses
Reopening of the 1920's Gočár's Houses, a restaurant and an educational facility also shop. After the Czechoslovak independence, the Czech architect Josef Gočár designs the buildings in a nationalist style, wooden facades, and red, white, and blue paint decorations.

Where today you can find a Lion Court restaurant there was once a Lion Court (1583) with exhibits of lions, panthers, and bears.

Ski lift in the zoo
The ski-lift is a remainder of the socialist period. This remarkable legacy is owned by the municipal public transport; tickets for the chairlift are not valid for transport in town, though.

Przewalski's
In 1932, the first two Przewalski’s horses arrive at the zoo. Nowadays, the pride of place goes to a herd of Przewalski's horses occupying the rolling meadows at the summit. Zoo-born horses are flown to Mongolia to be released into the wild; successful artificial insemination has been achieved since 2001. The species is on the brink of extinction.

Flood 2002
In 2002, the Vltava overflows along its banks. Flood waters swamp the lower part of the zoo. A number of animals are lost, damage running into millions of crowns, and repair work lasting months, not to say years. Marks indicating the height of the flood waters and pictures provide a reminder.

Near metro Karlovo Namesti, we take a scenic boat ride to get to the zoo floating down the Vltava for 75 minutes. Walk into the old zoo where old high trees make us believe we will get lost in the woods. A single tree in autumn colours. Rolling meadows, beautiful vistas from the old wine mountain, rocky cliff faces, a lush river valley and a large traditional collection of animals.

The zoo includes 12 km of walking paths and the old wine mountain divides the site into two parts so there are hills to explore. Go up to the parrot lane and you are on the second floor. Visitors can use a chair-lift to take them from the lower zoo grounds to the enclosures on the upper slopes. The mountain exhibits are spectacular. Markhors look like they'd be right at home on the very steep slope. Tourists also like the entrance fee that they have to pay; it is an extremely good value compared to zoos a bit to the west. Over the top of the hill and down the far side the giraffes occupy a huge lush valley without visible borders. The view is great, especially when the animals are all close to the viewing platform

The zoo has done its best to create an intimate feel between humans and animals: a handspan from a tiger. Behind glass.

No elephants, but there is a pachyderm enclosure (big mammal house) to observe, a large socialist enclosure with a spacious porch. Animals and humans share the same eye level. No hierarchy. The collective mouth expresses its opinion. Democracy. The transport crate in the outside paddock is a reference in itself. 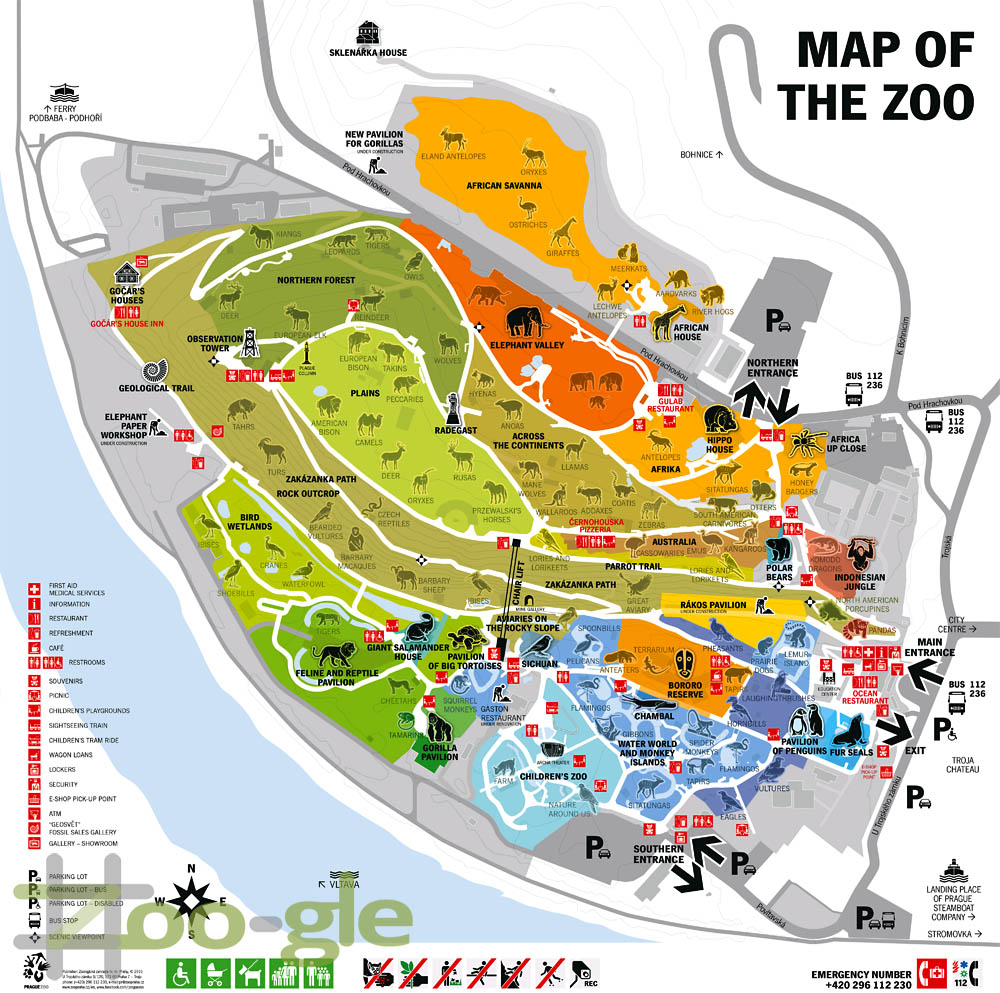