The Garden of the Zoological Society is the first zoo for scientists studying animals and 20 years later also for the bourgeoisie as a leisure activity. The 15 hectares of the site consist of three parts connected with bridges and tunnels. The zoo has 13 structures labelled as Grade 1 and 2. Some of these are no longer considered as suitable for animals. And by the way, the words zoo and aquarium were invented in London, an abbreviation of zoological garden and a contraction of aquatic vivarium.

The zoo is rich in 19th and 20th-century architecture. Decimus Burton, the first architect (1826-41), landscapes the zoo at about the same time that picturesque landscapes and rustic amusement architecture (think of follies) are in vogue, in England: cosy and rural.

The Zoological Society of London (ZSL) is founded in April 1826 by Sir Thomas Stamford Raffles and like-minded people. Raffles is the first chairman but dies shortly after his appointment in 1826, one day before his 45th birthday. On a leased piece of Regent's Park, the ZSL is studying animals. The Society aims at a collection of live animals, a taxidermy museum, and a library. The zoo opens in '27 for members, especially intended for scientists including Darwin. Initially, public access is only permitted to use the entry fees for research. In 1828, the zoo opens in the northern part of Regent's Park and in 1848 to the general public.

Then one day King William IV donates the royal menagerie to the ZSL in 1831, marking the end of a memorable epoch in which the exotic animal collection represents the sovereign's power and wealth. In the new era, the wild animal collection symbolizes the world dominance of the nation to all corners of the globe, from where the animals originate.

Harriet Ritvo notes that the 19th-century visitors find sensational joy in the proximity of wild animals. That feeling of superiority when you are on the right side of the bars...

"There was ample opportunity for visitors to enjoy simultaneously the thrill of proximity to wild animals and the happy sense of superiority produced by their incarceration...".

From old prints, we know that visitors feed the bears with buns placed at the end of long sticks. As usual in the 19th century, London zoo tends towards a postage-stamp collection featuring one or two animals of each species ending up with the largest animal collection in the world.

Convinced that tropical animals cannot endure the English climate the zoo keeps all exotic species indoors during the first 65 years. By the early 20th century, inspired by the Freianlagen in the Hagenbeck zoo in Hamburg, ZSL secretary Peter Mitchell gives the animals access to the outdoors.

By the 1990s the zoo finds itself in dire straits. The proposed closure due to decreased income has been reversed in September 1992. The focus has shifted to worldwide conservation through breeding and moving animals to London Zoo's sister enclosure, Whipsnade Zoo.

Where have all the animals gone? Many outdoor exhibits along the recommended route look pretty messy and empty such as the anoa alley near the giraffe house and the meagre aquarium. The Penguin Pool is occupied by porcupines and the interactive museumlike presentation in insectarium B.U.G.S! looks really good.

The decision has been made to replace all iron bars with modern zoo design. The London zoo will develop further according to the recipe of the African Bird Safari and Meet the Monkeys launched in 2005. Visitors can enter both walkthrough exhibits to surround themselves by nature.

In fact, London Zoo is not publically funded on a regular basis and has asked whether the EU can envisage to provide public contribution to zoos.

A different house style of course, black and white has given way to green and white featuring animal images in the negative spaces of the word London. Also seen in zoo Cologne logo. Hurry, hurry to the Snowdon Aviary. To thoroughly refurbish a structure designed by Cedric Price... London just does it and they hire Foster + Parents for that. I am still too early, though, it will be completed in 2020. Who would they hire to refurbish the vacant Penguin Pool? Or are they going to blow it up as Lubetkin himself suggested? Still a geometric miracle. Haha, the text at the apes: "You're entering gorilla habitat, you'll have to think like a gorilla to track them down." Good announcement of the landscape immersion idea with which this enclosure was designed. You gorilla, me human being, immersed in gorilla land together. Land of the Lions has become Little India. Always wonder who really gets carried away in such a setting. The Mappin Terraces look surreal, a dream landscape on the edge of Regent's Park. Together with the bumpy Casson Pavilion and the circus cams of the tiger quarters a special skyline. The free birds on the circus roofs got themselves the best places. My son also had a feel-good moment: "You could stay here as long as you liked." 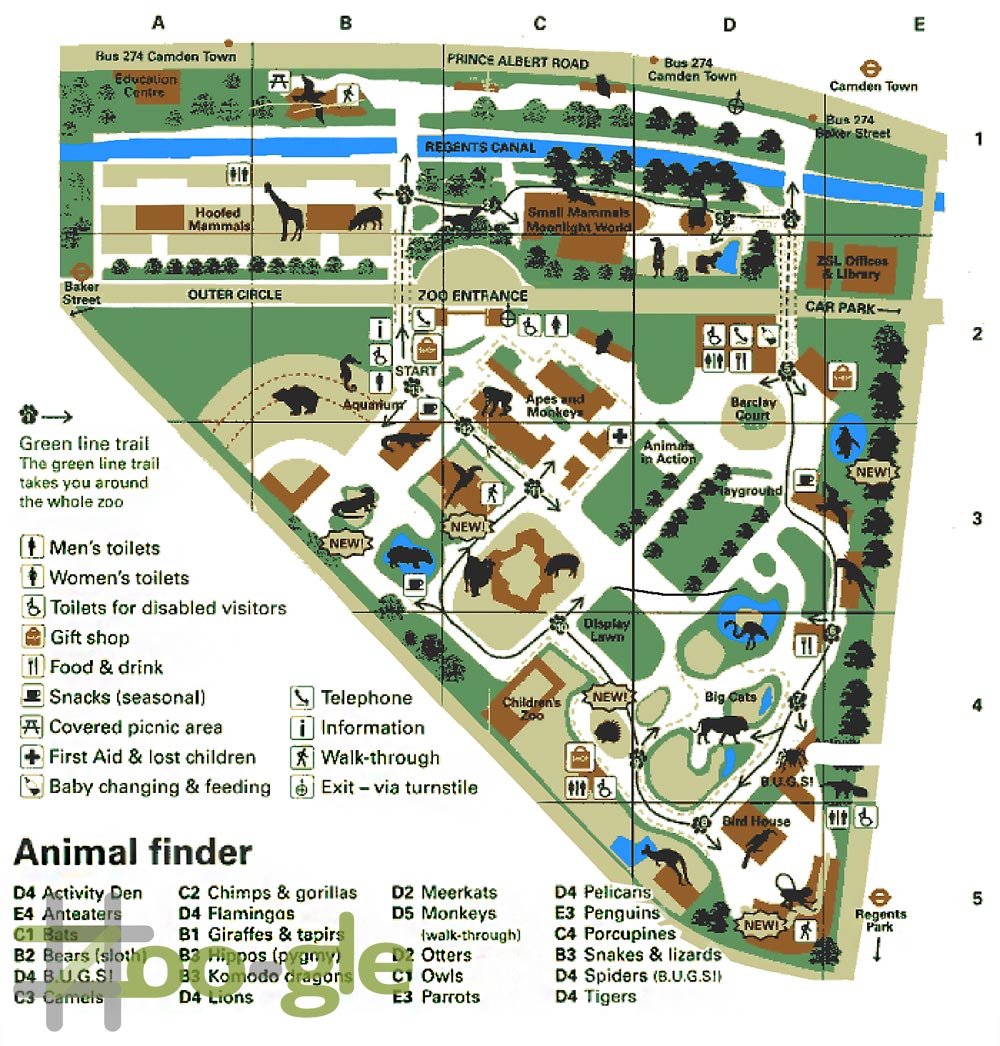 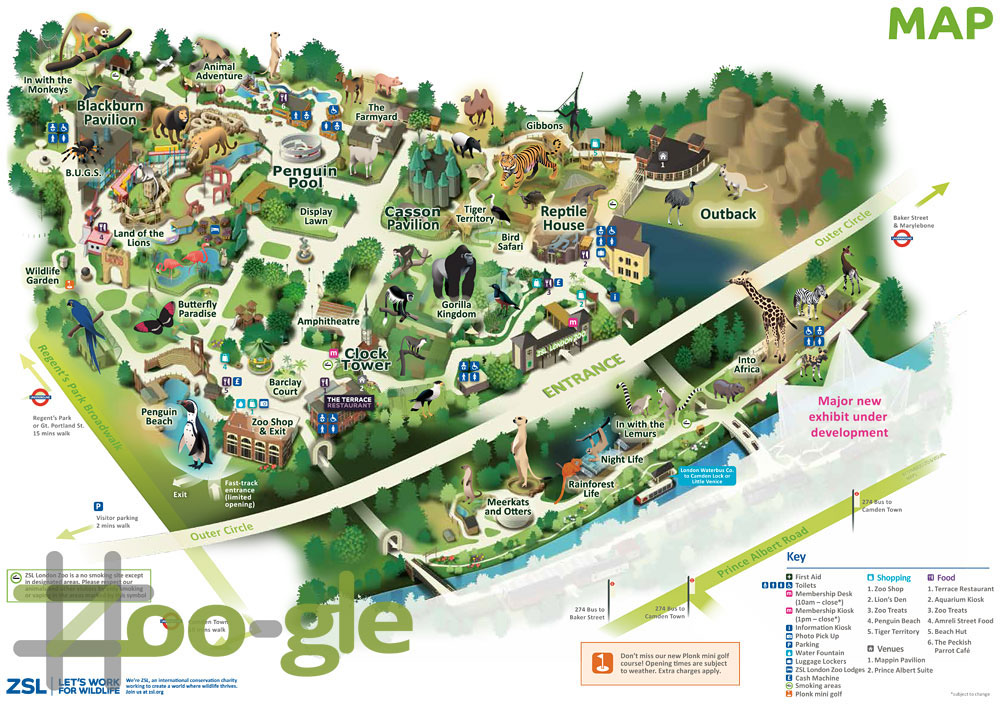