The Nordhorn Animal Park is located in Lower Saxony, a few miles from the Dutch border.

In 1962, the eagle aviary is built followed by the monkey enclosure as well as the beginning of the seal basin, in 1963.

In 1999, the 19th-century farm De Vechtehof has been moved to zoo Nordhorn to house rare domestic animals like the black-and-white Bentheim pig. The farm atmosphere resembles an open-air museum. At a bend of the river, a South America zone is placed inhabited by maras, alpacas, and rheas. The owl aviary is converted into a walk-in residence for snowy owls.

The Animal Park is founded by the unemployed animal friend Heinrich Johannink, trying to make some money after WWII. On only two acres he builds his own zoo low budget and with much help from family and friends. There are 2000 visitors at the Nordhorn Zoo on its opening day September 16, 1950. From then on the small zoo struggles financially throughout its first decade.

1960-2000
From 1964 to '93 the administration is in the hands of some interest group. In 1994, Nordhorn city and Bentheim County join together to form a non-profit organization, a so-called limited liability company (GmbH).

Highlights
The main path leads along and through the compounds. The place of observation in the vulture aviary annex Siberian ibex enclosure, 121 feet by 177 feet, with an unobstructed view, also awarded by the zoo keepers association, is probably the biggest surprise in Nordhorn zoo. The chimpanzee's paintings were also surprising.

Overall the Nordhorn animal park is a family friendly zoo, where children can get close to the animals. Chimpanzees, Hartmann zebras, and leopards are the most exotic animals in the collection. 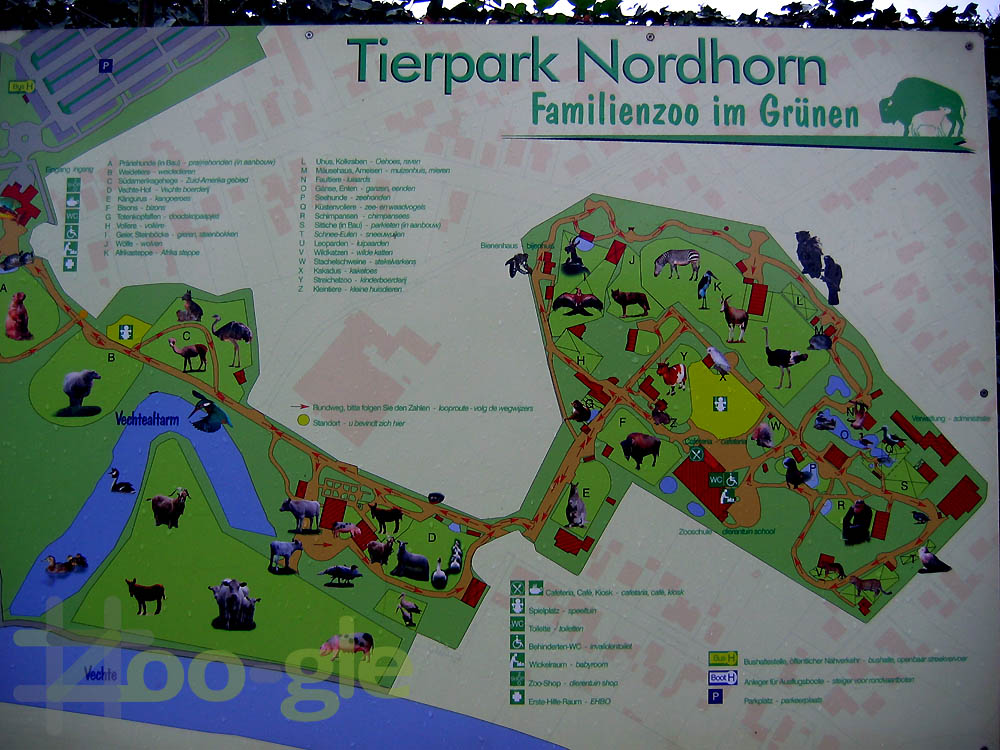 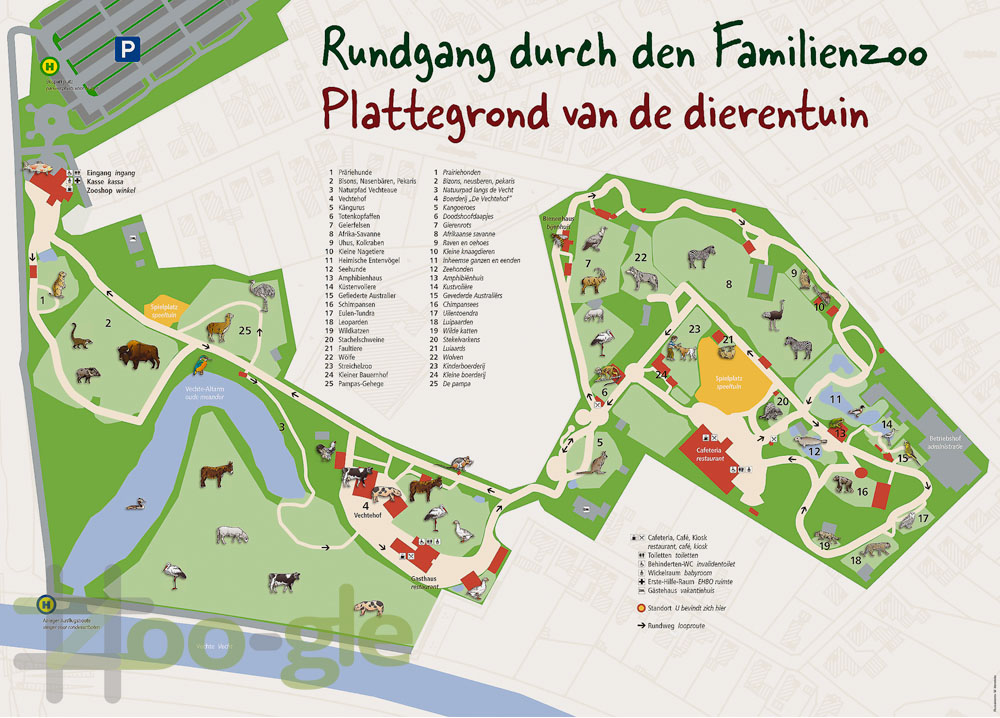