Hellabrunn Zoo is located on the Isar River in a protected reserve. The animals are arranged by geographical origin. It is the very first geozoo. The Elephant House is an example of exotic zoo architecture and the great aviary an air castle that has been realized with none other than Otto Frei!

Elephant House 1914, 2016
The pachyderm house in Neo-Byzantine style has long been the only heated animal enclosure. The 1914 structure is ocher yellow featuring horseshoe doors with skylights and four side domes. The main dome reaches 18 meters high allowing an abundance of daylight to flood in. This large, cantilevered dome of reinforced concrete and glass is a world first. All domes are topped with an ornament of more than a meter and provided with a layer of gold leaf. A century later, the building was suffering badly from the ammonia fumes from elephant urine. When a part of the ceiling declined, the elephant temple had to close in 2010, to reopen in 2016, largely as a replica of the old enclosure. Rebuilt upon the remaining foundations and modernized. The domes are now made of steel and glass, and vapors are disposed of. Cost: €22 million.

Great aviary 1980
Lightweight structures, fluidity, orientation on nature but also on working together and sharing knowledge characterize Otto Frei, who shortly after he died was awarded the Nobel Prize for architects, the Pritzker Prize.

King of the air castles!

You can see it all in the sky-reaching aviary in Hellabrunn. The enclosure measures 5000 m2 and is 18 meters high and has been awarded the Prize of the German Architects Association.

The hanging wire mesh replaces everything that has to do with cage by cloud.

Aquarium and primate enclosure 1936 and beyond
The original ape enclosure and underground aquarium date from 1936. It is now almost a 4600 m2 zoo in the zoo.

The extension for new world monkeys is from 1984 and in 2001 a jungle house (new construction) plus outdoor space is added. A secret tunnel connects the gorilla indoor and outdoor enclosures. Inside the primates are behind glass walls. The visitor's part can be packed and noisy.

In 2006, the old gorilla enclosure was converted for orangutans. Outside, the masts, the net, and the plants together create the suggestion of jungle trees. Climbing gear is attached to the trees and the net.

In 2017, the separate (monumental) ticket counter that had been in use until 1969, was adjusted.

The complex is not really a collective building, rather orthogonal: 90 degrees against each other, but otherwise totally different. Inside you have no overview. A kind of Ikearoute leads past all animals.

Rhino House 1990
Has the color and shape of an armored tank, not to say ... an armored rhino. From a distance, you see a mussel-shaped roof with futuristic openings.

Jungle tent 1996
Two masts of 17 meters support a symmetrical tent roof made of steel cable grid and air cushions. Pylons on the edges anchor the structure. On 1500 m2 the tropics are simulated with heated walls, ingenious air circulation and lots of vegetation. An indoor valley featuring a river, waterfall, and birds flying past appeal to a jungly feeling. Let alone the lions behind bulletproof glass panes on cleverly angling elevations.

Penguin Enclosure 2011
This is by the same architect who designed the penguin enclosure in zoo Wuppertal, in 2006.

Giraffe House 2013
The Green Product Prize was awarded in 2015 for this energy-efficient building of 770 m2.

Founded in 1911, on the initiative of the zoo society of Lieutenant Colonel Hermann von Manz and some notables. Underfunding is forcing closure in 1922. The enclosures, if not already broken down, fell into disrepair. From May 23, 1928 biologist Heinz Heck turns the zoo into a Hagenbeck garden with panoramic views. The high groundwater level really helps him. Many enclosures have water boundaries and therefore visitors get a seamless view of the animals. Heck displays the animals for the most part per continent: the first "GeoZoo" in the world. This became a new trend in zoos.

The same director Heinz Heck began back-breeding experiments in the 1930s resulting in what is dubbed as Heck cattle. Together with brother Lutz who had a crush on Antonina in The Zookeepers Wife. Their link with the Nazi party is undeniable. Heck cattle can be found in Oostvaardersplassen nature reserve in the Netherlands, too. Heck remains until 1968.

In 1944-1945 Hellabrunn was shut down due to bomb damage. In 1972, an expansion plan is launched and in 2011 a master plan. Ultimately, the zoo aims to refine the geo-concept. Rasem Baban, director from August 2014, is an architect.

The garden was large and so was the mood, that is to say, it had risen to great Munich heights. The gamelan festival participants spent a long time in the huge aquarium and primates complex. It is a zoo in the zoo. Hellabrunn likes the apes playing with balls, cupboards full. Sometimes filled with snacks. Three schoolboys, neatly drawing, jumped up from the chairs when balls and ape almost crashed through the window. In Ape World North a gorilla playroom, anthropomorphic. In the aquarium, you can walk around tanks like in the Batu Secret Zoo. Remains a nice interaction design. The Rhino House has borrowed something from the armored rhino. Somebody also borrowed a rhino horn. Horror. One should be able to take an aerial photo of the great aviary. Otto Frei is the source of inspiration for everyone into aviary design. Maybe I'll be back with a royal photographer. 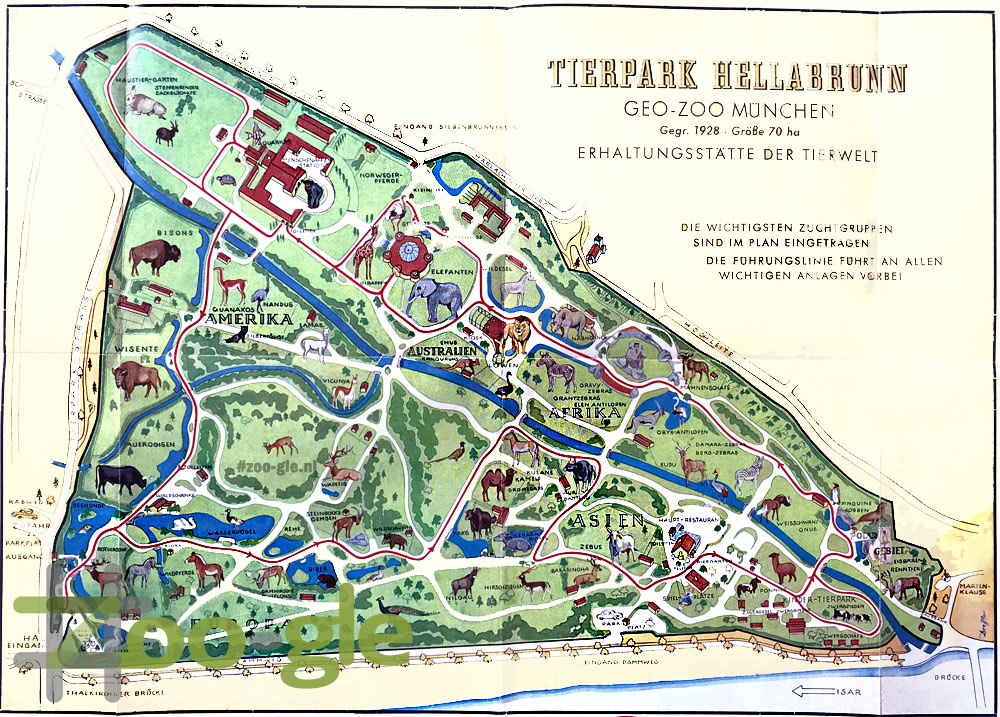 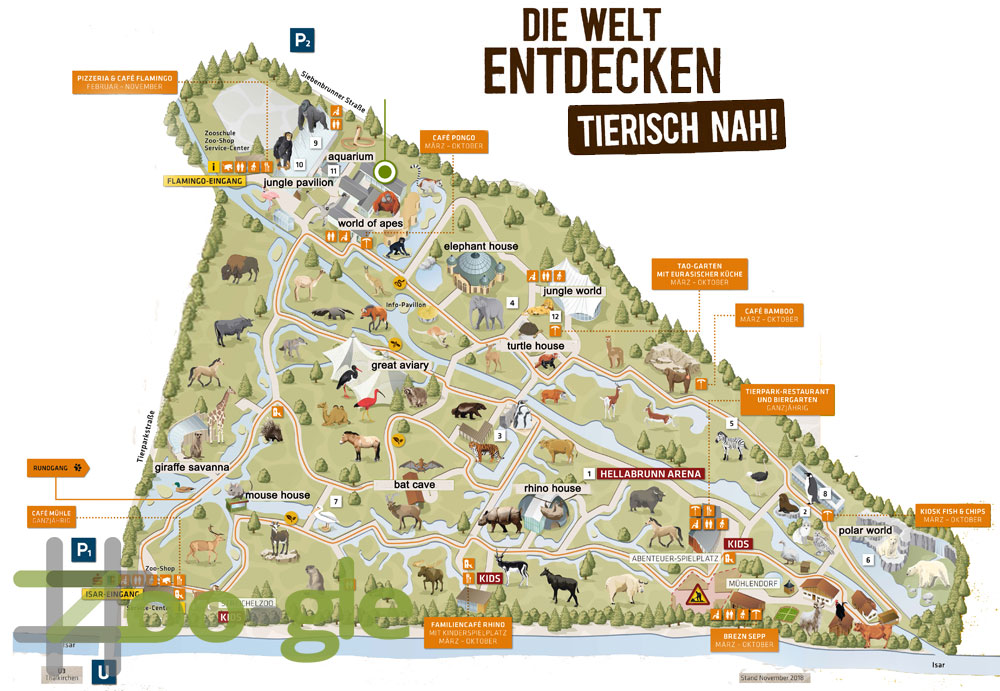