The tagline "So close, so wild, so beautiful" alludes to the key benefits of visiting Tierpark Hagenbeck. While zoos until 1907 exhibit animals in cramped cages and behind bars, Carl Hagenbeck (1844-1913) displays regional groups of mixed species in large open-air panoramas. An unprecedented act of animal presentation.

Reminders of captivity are enchanted away wherever possible. Using ha-has, concealing moats and clever overlapping sightlines the visitor is immersed in a patchwork landscape where animals appear to be together as if in the wild. The Hagenbeck concept has been widely copied.

Between 1897 and 1907, Hagenbeck transforms 10 hectares of land into a zoo with the artificial giant rock formation in the centre. He strives to create living panoramas. His zoo panoramas can be divided in a foreground, middle ground and background. Compares well to romantic landscape paintings or modern theatre's downstage, middle stage, and upstage. The foreground of the grand zoo panorama Africa is an open visual space including water and nonaggressive brightly coloured species like ducks and flamingos. The midground is populated by ostriches, antelopes and zebras. To get the effect of a visual centre this stage is raised higher than the foreground. The background has lions and vultures on the foot of the mountain. Ibex and sheep are exhibited on the mountain sculptured by Urs Eggenschwyler. The fake rock formation in the backdrop is a focal point like the Grand Rocher in Paris zoo Vincennes.

Vegetation on both sides of the panorama, disguising ha-has and slopes create a stronger framing mechanism: prey and predators, all in one vista.

Art Nouveau entrance
The historical Art Nouveau entrance by Moritz Lehmann is decorated with animal sculptures by Josef Pallenberg, also the creator of the huge dinosaurs. The sculptures of the Nubian warrior and the Native Indian by Rudolph Franke refer to the people shows, the polar bears to the Arctic panorama and the lions to the Africa panorama. The monumental gate is not in use anymore as an entrance.

Asian elements
In 2003 a new zoo entrance is completed, marked by an 8m high giraffe by Stephan Balkenhol. Parts of the pagoda are handmade in Nepal and assembled at the site. The Thai pavilion (2002) is another example of much handwork and even decorative use of gold.

2004 Orangutan enclosure
Wetzel & von Seht deliver the orangutan enclosure, having a transparent cupola of ETFE foil which is 32m in diameter. When opened a third of the dome moves on a rail system. The enclosure feels both indoor and outdoor at the same time.

Tierpark Hagenbeck has a rich and storied history starting when fishmonger Carl Hagenbeck senior puts some accidentally caught seals on display for a fee. A tremendous success. Moreover, animal trade proves more profitable than selling fish. In 1866, Carl Hagenbeck junior continues the trade menagerie which then develops into a global market leader in the capture and transport of exotic animals. Leading supplier of animals for zoos, too.

People shows
Perhaps because of the recession and cut-throat competition, Hagenbeck and his friend Leutemann turn to Völkerschauen, people or ethnographical shows. In 1874, they exhibit Laplanders from Sweden providing the Hamburg public with a view of the daily life of "those other people" including their tents, weapons, tools, and sledges, near a group of reindeer. Until 1931, many more people shows follow.

Showman and soft dressage
In 1887, showman Hagenbeck opens his first circus. Keen on happy and active animals, he focuses on soft-dressage, i.e. training based upon natural animal behavior without any force. He displays trained and wild animals.

In front of the new zoo entrance the 8m high giraffe by Stephan Balkenhol. On the zoo map, the rider has been depicted white. Information panels present the storied history of the Hagenbecks. On the edge of the bison enclosure, visitors can observe ants coming and going through Ants Street. Dressage. There is a lot of fun feeding certain animals. Visitors can buy bagged pre-cut fresh fruits and vegetables. When zoo visitors toss some candy or coin to the elephants, they obediently pass it on to the zookeepers. Dressage. Nice view of the historical animal training hall from the mountain. 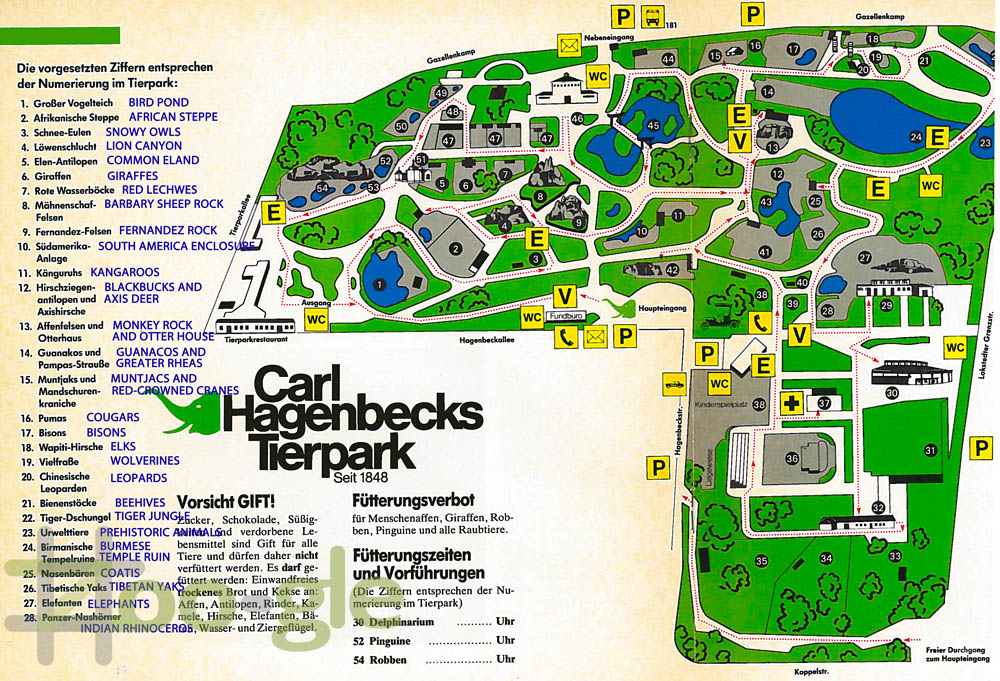 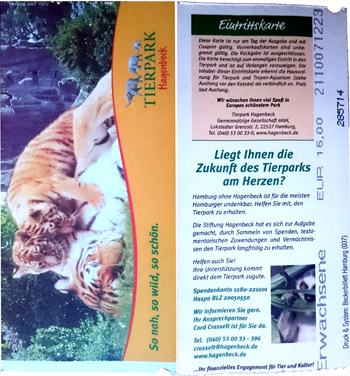 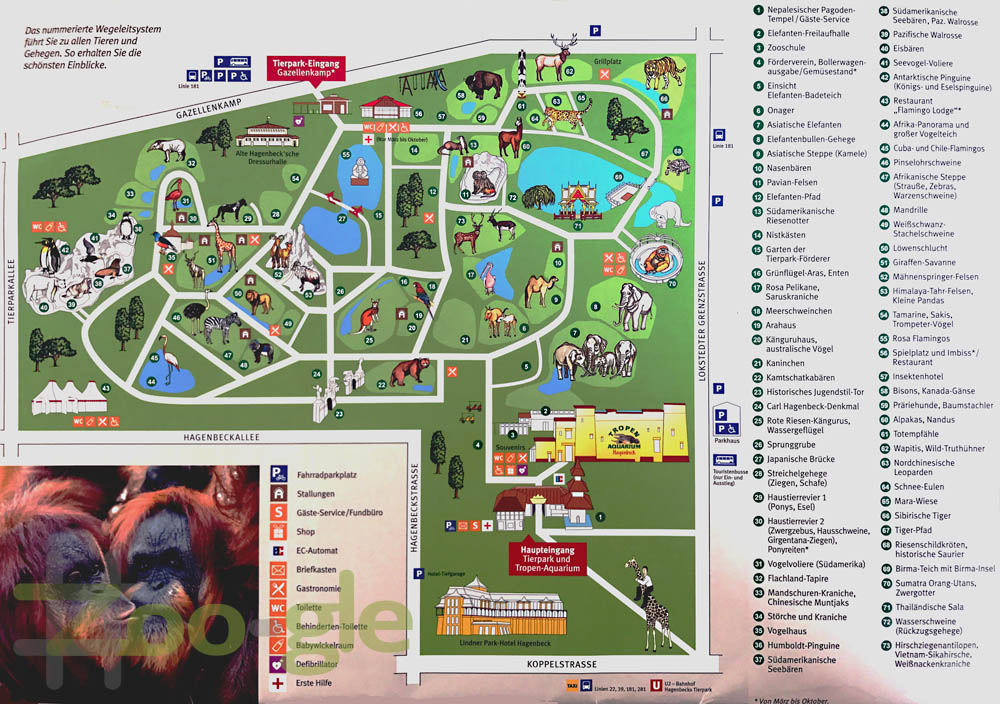