Uh-uh, there's no architecture here. The Olmen zoo is a private zoo in the Province of Antwerp.

Since 1995 a handful of people seem to run this family business. There is some breeding (cheetahs), some animal trade and entrance fees are charged. The animal collection is dominated by big cats and birds. The cheetah is one of the main attractions of the zoo, which encompasses 29 acres, 5 of which have been transformed into an African savannah comparable to other West-European zoos. The rest of the Olmen Zoo is just an animal collection, a circus tent, a museum with stuffed animals and a restaurant.

I was wondering, just what if a bear touches bearly the barbed wire?

February 2007 a 37-year-old regular visitor dies at the zoo, after entering the cheetah's island in the evening hours. The woman is told to have bought a cheetah to prevent its transfer to another zoo. When her cheetah dies at the zoo after eating poison, the woman starts visiting two other young adult cheetahs letting herself in after the park has closed. Until that fatal night. The adoption sign indicates that the woman - Karen Aerts - has adopted Bongo one of these two cheetahs, too. The two cheetahs will not be killed. However, animal feeding or taking pictures near the animals will no longer be allowed to avoid the impression that wild animals are soft-to-touch furry friends. 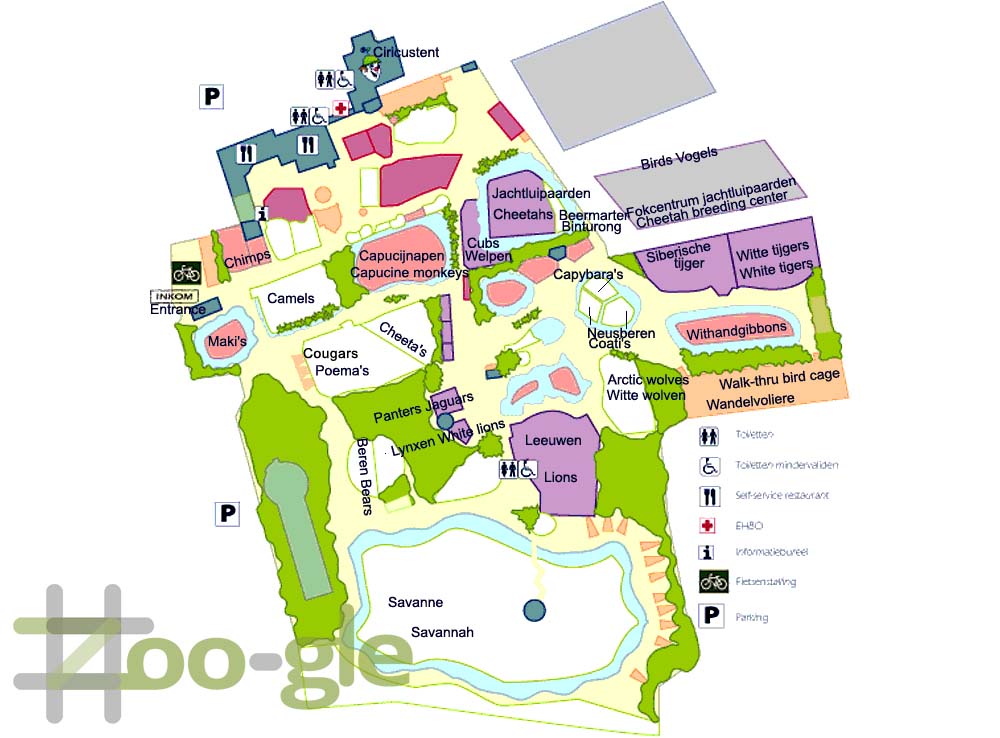