The original 19th-century zoo Madras (1855) has been replaced by the Vandalur zoo aka the Arignar Anna Zoological Park near Chennai. After Independence Madras became Chennai. In 1975, the old zoo moves out of the city.

As we have seen previously in Waldzoos, moated naturalistic enclosures are created from fences and rock-cut ditches. As space is no constraint, the animal islands are large and at a considerable distance from each other. Trail signs indicate distances: elephants are 2 miles away. Here and there you will find bins and education signs.

The entrance is a cross between cave and Bollywood film set. A pond has been set around the shark-shaped aquarium. A lion safari is available on the north-eastern side of the park.

In 1979, the State Forestry Tamil Nadu establishes the new zoo on a 602-ha parcel of forest. The German word Waldzoo describes this type of forest zoo perfectly. Started on a scrub jungle, the Vandalur zoo opens as a scientific zoo, July 24, 1985.

In India’s largest zoo you have to search a little harder for animals than in other zoos. The main route can be so wide that you may miss them. Anywho, lots of space so it does not feel crowded. Alternative is to take one of the six battery operated buses that can be availed by ticket. Each bus can carry 20 persons and there are 1.2 billion Indians. Another option is hiring a bicycle.

Time for lunch #TFL
Visitors may not bring in their own food. Near the entrance, there are some stalls and even a small restaurant serving delicious biryani. 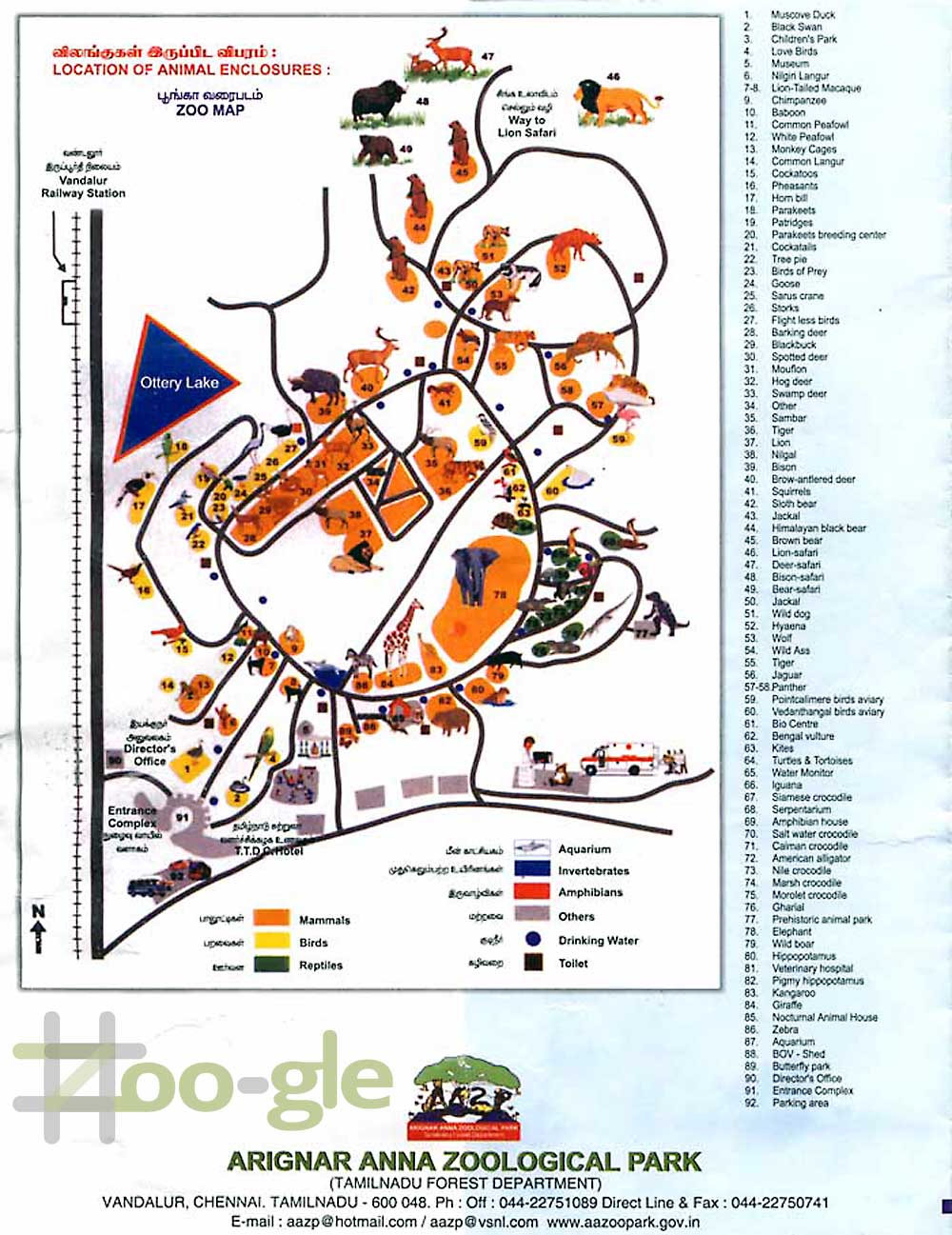