Spreading across 214 acres the National Zoological Park aka Delhi Zoo is located on the Mathura Road next to the famous old fort Purana Qila.

Construction
In 1956 Carl-Heinrich Hagenbeck flew in the German architect Fritz Kieb to lead the construction period lasting three and a half year. Before, an Indian crew of staff and an army of workers has prepared the grounds on the south side of the Purana Qila. They cleaned up the jungle-like vegetation with bulldozers, drilled wells, and constructed buildings.

Invisible barriers
The invisible barriers which appear to be part of the natural surroundings show the influence of Hagenbeck. Wet and dry barriers including hedges, moats and paths keep animals and visitors as well as several animal species apart from each other. Typical Hagenbeck is a series of enclosures built as stages behind each other, each one a bit higher than the one in front.

The old fort walls still remain including in the chimpanzee enclosure.

Entrance and Kos Minar
At the opening in 1959, the Delhi Zoo turned out to be four times the size of Zoo Hamburg Stellingen and the largest zoo in India. Over 5000 honorary guests were present at the event. Visitors can climb the red sandstone gate to get a good view of the zoo. Nearby the gate the zoo has an early 17th century Kos Minar, a milestone built by Jehangir.

Walking the zoo
If one follows the guiding arrow signs the red Badarpur gravel path leads along the zoo's main attractions. The walkway is lined with colourful plastic animals serving as garbage bins. Right in the middle of the zoo, an underground Reptile House displays a range of snakes and other cold-blooded friends. 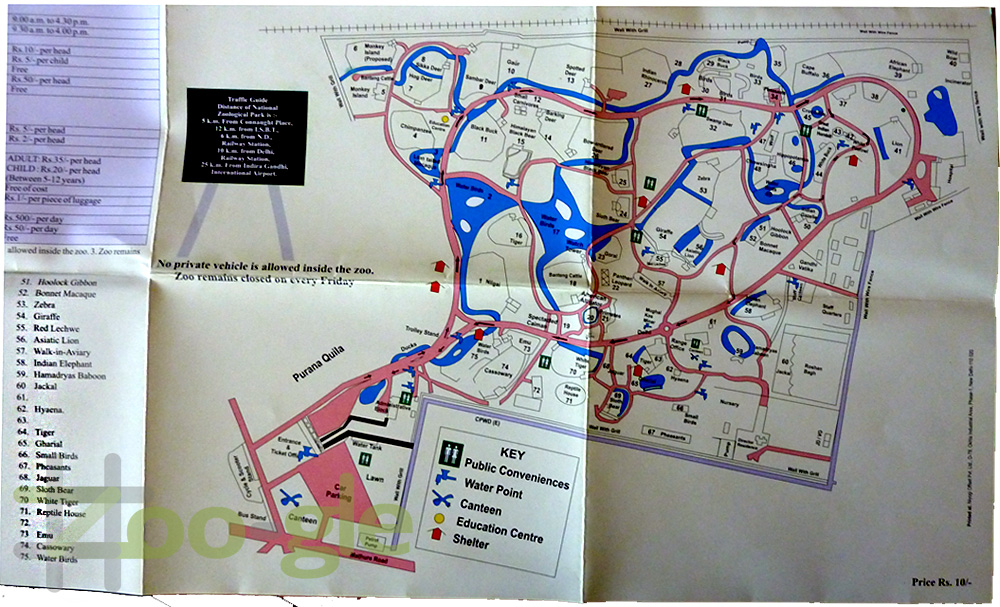 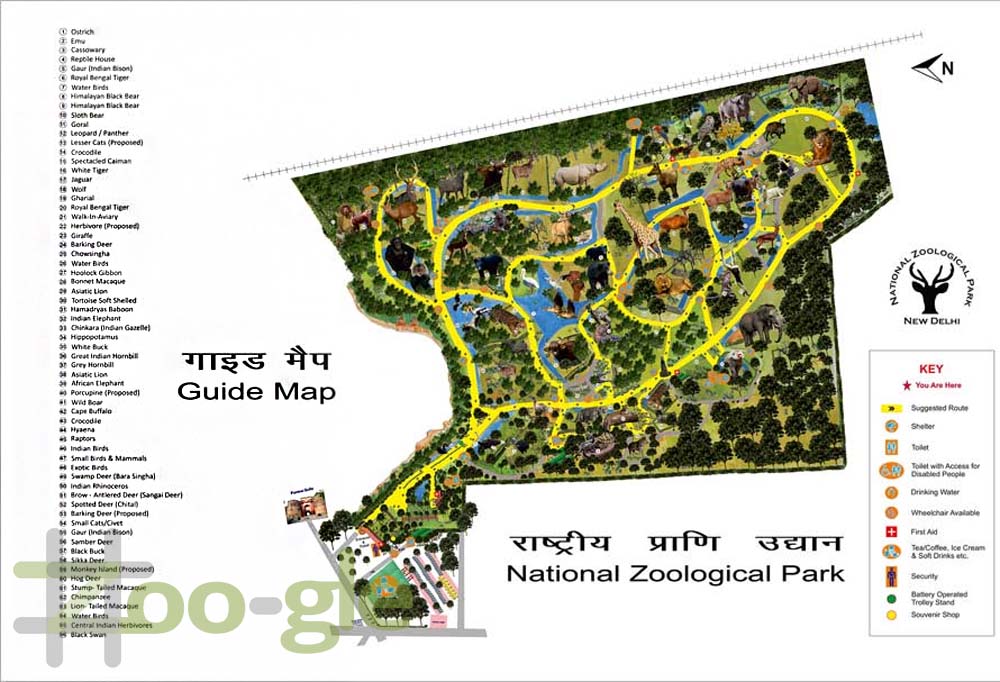