Situated in Siddharth Garden the small Aurangabad Zoo is an oasis in a dingy, crowded and dirty city. There are separate admission charges (just a few rupees) for both the garden and the zoo.

Behind the entrance the visitor sees outdoor enclosures for several deer species and two rows of cages facing opposite each other. Two porcupines, one hyena, foxes and a langur monkey occupy one side of these cages while the other side is empty.

We continue to the snake house. In here there are several snakes behind glass. The enclosure for the rare combination of monkeys and bears looks time-expired. It is located at a lower level where two black bears are housed behind chicken wire. The neighbour to their left is an ill monkey and to their right a healthy monkey.

The elephant compound encompasses quite a spacious patio. However, in the afternoon the elephants are chained by four legs. Towards the end of the walk, we approach the big cat's enclosures: leopard, white tiger and two lions. A drinking water counter like in all Indian zoos and a small theatre featuring an educational film. 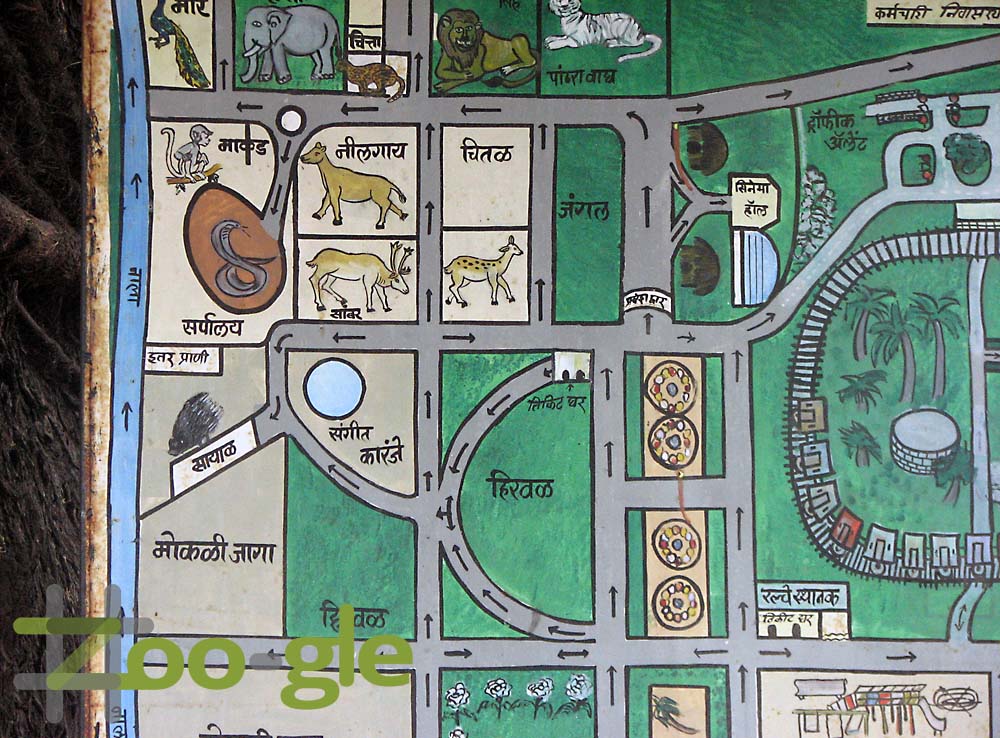