The entrance of Chapultepec zoo is located on Paseo de la Reforma, across from the Museo Nacional de Antropología. After the bag control, the admission is free of charge.

In the 1920s, biologist Alfonso Luis Herrera founds the current zoo with the Aztec way in mind, reestablishment of the zoo and aviary of Aztec emperor Moctezuma II. Bioparco Roma has set also an example he follows. After enlargement in the 1950s, the zoo shifts its purpose towards leisure activity. In the early 1990s, the park undergoes a renovation with iron bars giving way to enclosures suggesting the natural habitats of the animals on display.

The zoo still boasts a Montezuma Aviary and there are four exhibition areas which represent different ecosystems. These are: tropical forests, temperate forests, savannas, and deserts and prairies. These four zones are connected by an avenue with several cafetarias.

The Mexico City urban zoo is an integrated part of Chapultepec Park and claims to be the oldest zoo in the world, founded by the Aztecs. During the early 16th century, Mexico City's zoo housed the private collection of animals belonging to Montezuma II. Only some favored individuals were allowed to visit it. Montezuma's botanical gardens, zoo, and aviary disappear when Cortés orders to burn them and the complete Aztec culture down as part of his siege of Tenochtitlán in 1521.

The zoo keeps over 1.500 animals and is spread over 15 hectare. It is home to the usual species as well as some zoo stars: pandas. Several enclosures seem to be empty while in others you cannot see the animals because of too much vegetation. 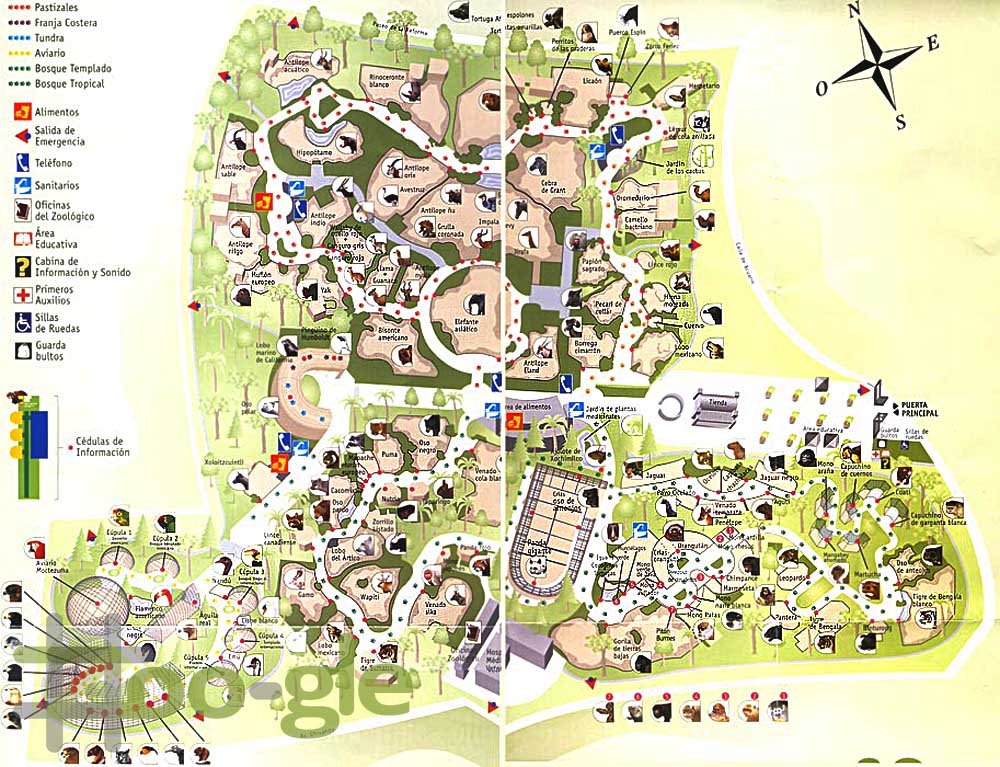